In the first climate case to be filed with the European Court of Human Rights, six Portuguese youth argue inadequate emissions cuts violate their human rights 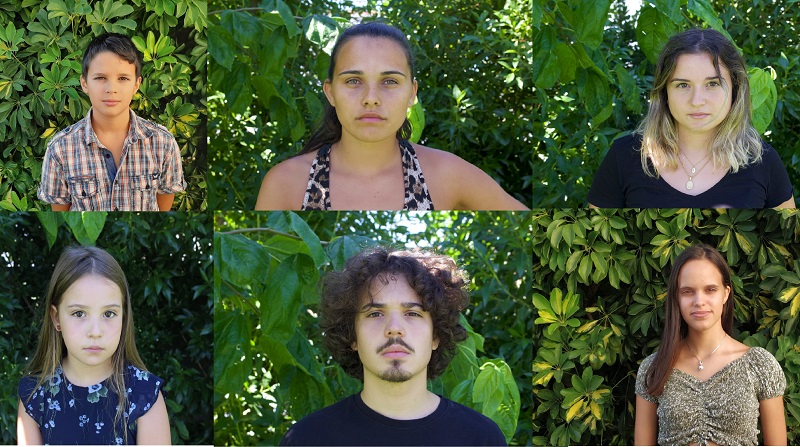 Six Portuguese young people have filed a legal action accusing 33 countries of violating their right to life by not doing their fair share to tackle the climate crisis.

This is the first climate change case to be filed with the European Court of Human Rights (ECHR) in Strasbourg, France. If admissible, it could set an important precedent, showing the way for other climate lawsuits based on human rights arguments.

Their complaint comes after lethal wildfires in Portugal in 2017 killed more than 120 people. Researchers have linked the intensity of the 2017 blaze to global warming. The case is being filed after Portugal recorded its hottest July in the last 90 years.

“I am afraid for my future,” youth applicant Mota told reporters during a virtual press conference on Thursday. “I live with the feeling that every year my home becomes a more hostile place,” she said from her home in Leiria, in central Portugal, adding the heat was such that outdoor exercise during the day was unbearable.

“If I have children, what kind of world shall I bring them up in? These are real concerns that I have every day… After the 2017 fires we realised that we must change and urgently stop climate change.”

The complexity of the case means it took nearly three years to file with the court following a successful crowdfunding campaign in October 2017.

Gearóid Ó Cuinn, director at the Global Legal Action Network (GLAN), which is acting on behalf of the young people, described the legal action as “unprecedented”.

Gerry Liston, a legal officer at GLAN, told Climate Home News the case could “exert a significant level of pressure on governments in Europe to adopt emissions reductions that science demands”.

Citing research by Climate Action Tracker, lawyers will argue that none of the 33 countries’ plans are aligned with their commitment under the Paris Agreement to limit global temperature rise “well below 2C”.

Climate Action Tracker found the levels of commitments made by the EU and the six other countries being sued, if matched by the rest of the world, would lead to at least 3-4C of warming.

Lawyers in the case are seeking a court order to make countries deepen their emissions reductions both at home and abroad in line with the toughest 1.5C warming limit in the Paris pact.

While the ECHR does not have direct enforcement power, Marc Willers QC, lead counsel in the case, said in a statement such a ruling could empower individuals to pursue the matter through their domestic courts.

For Annalisa Savaresi, senior lecturer in environmental law at the University of Stirling, Scotland, and Europe director of the Global Network on Human Rights and the Environment, the case is “really interesting” could strengthen the basis for climate litigation to be brought on human rights grounds.

But it faces one “big hurdle,” she told CHN.

Under the admissibility criteria, a case may only be brought to the European Court of Human Right, “after all domestic remedies have been exhausted”. That would require taking the case to the highest available court in all 33 countries.

Liston, of GLAN, told CHN lawyers are applying for an exception to the rule, on the basis pursuing 33 parallel cases is not practical, not least because of financial constraints.

They will also argue that domestic courts in Europe can and must do more to protect their citizens from climate change in line with their human rights obligations. In the UK and Germany, for example, courts have rejected actions by people trying to compel their governments to take swifter climate action.

Liston said the case will “seek to build on the truly historic precedent” set by a ruling in the Netherlands that ordered the Dutch government to make immediate emissions cuts in line with its human rights obligations, including under the European Convention on Human Rights.

Marta Torre-Schaub, director of research at Sorbonne Law School and head of the Climate Change and Law Research Network ClimaLex, told CHN she was “cautious” about the case’s chance of success, saying it could be rejected on procedural grounds.

Savaresi was more optimistic. “I think the court will look really bad if it throws the case at the admissibility level,” she said.