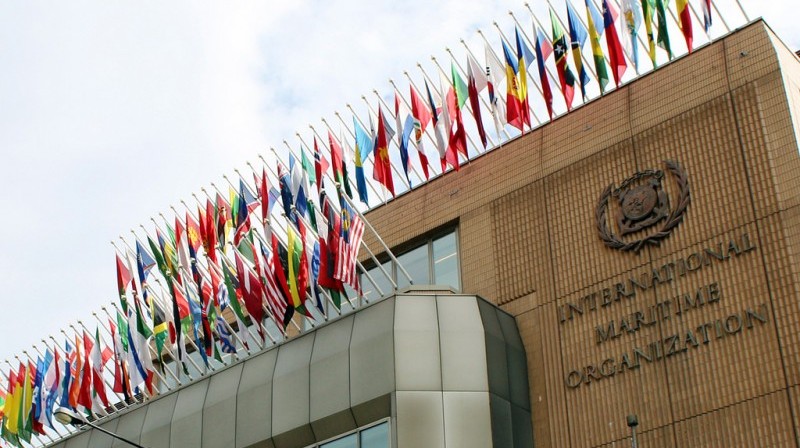 The UN shipping body will consider measures to curb industry dominance, seen as a threat to its climate goals.

The International Maritime Organization’s (IMO) governing council agreed on Tuesday to set up a working group, in response to concerns raised by campaigners and backed by 12 countries.

A diverse coalition submitted a proposal ahead of the meeting, including major flag registries Liberia and Bahamas; oil and gas exporters Iran and the UAE; and developed countries Australia, Canada and Spain.

They cited research by Influence Map and Transparency International, which warned undue industry influence over shipping talks jeopardised climate action in the sector.

In light of those concerns, the submission said “the council should, as a high priority, examine the role of industry bodies and other organizations in consultative status with IMO”.

Liberian envoy Isaac Jackson told Climate Home News: “definitely we want a reduction of greenhouse gases, but we need to have a compromise”. He said his priorities for reform were to secure a permanent seat on the IMO council and stronger African representation.

A spokesperson for the Australian Maritime Safety Authority said it backed the paper because “the IMO needs to better position itself to meet the new challenges arising from emerging technology, global trade expansion, and environmental developments such as emissions from shipping”.

They added: “Transparency and openness were key elements of the paper as allowing greater engagement by the public and a broader range of stakeholders would increase public confidence in IMO decisions.”

The working group is to meet in November and consider industry participation as part of a wider overhaul of the organisation’s governance. It will be open to all member states, not just the 40 represented on the council.

In April, the IMO set a target to halve international shipping’s carbon footprint from 2008 levels by 2050. Meeting that goal will depend on a package of policy measures to be negotiated by 2023.

Without further action, the sector’s share of global emissions is set to grow from 2-3% to as high as 17% by mid century, as rising demand outpaces efficiency gains.

Anti-corruption watchdog Transparency International released a report on Monday, saying governance flaws at the IMO could hinder its ability to regulate emissions.

“We need to make sure all interests are represented,” said Nadja Kostka, one of the report authors. “Our findings show the industry has a much bigger influence in the policymaking process than civil society organisations… which can put the climate goals at risk.”

Industry representatives outnumber civil society campaigners by almost five to one as observers to committee meetings, the watchdog found.

There is also an imbalance between member states, with “flags of convenience” holding extra clout. Ten states provide two thirds of the funding, and nine of those have elected seats on the council, which decides how the IMO is run. The council “lacks mechanisms to provide public assurance that the states that fund the IMO are not simply buying influence”, the report stated.

Indeed, a note from IMO officials confirms that holding receptions and giving gifts are standard features of election campaigning for council seats every two years.

In 2017, “the increased number of receptions” and “apparent value of some gifts… prompted several delegations at [the assembly meeting] to voice concern”. Some of the presents left on countries’ tables in the negotiating chamber were so heavy, 137 sets of headphones and five microphones were damaged, the submission reported.

TI also called for reporting restrictions to be lifted, so media can hold countries accountable for their positions. CHN has been penalised for quoting a national delegate’s statement in a plenary discussion without his express permission, which featured as a case study in the report.

“We hope if the IMO is more transparent in its decision making, for example by allowing media to report more fairly… that will help the public to understand what the positions are and also civil society organisations to help move the climate agenda forward,” said Kostka.

Ahead of the council meeting, officials proposed making more documents and audio recordings available to the public and media. The submission noted that under current rules, the communications team can only report the outcome of meetings after they have finished, meaning journalists often beat them to it.

The IMO declined to comment further on the submissions or Transparency International report.