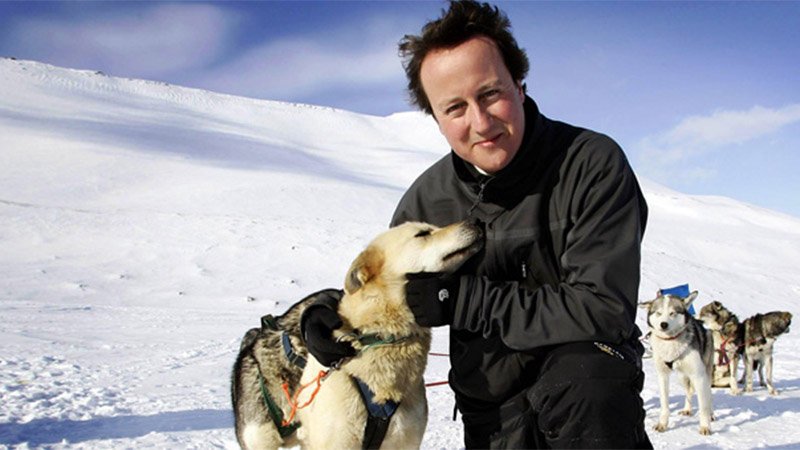 The UK foreign office has almost halved the staff it devotes to climate change over the term of the past two Conservative-led governments.

Staffing records, released by the foreign office under freedom of information laws, show the previous Labour government more than trebled the amount of time devoted by foreign office staff to climate and energy issues between 2007 and 2009.

No such recruitment effort took place under the Tory government of David Cameron – who came to power promising an environmentally friendly agenda under the slogan “Vote Blue, Go Green” – in the build up for the decisive talks that took place in Paris six years later.

On the contrary, over the six years of Cameron’s government, the amount of time foreign office staff spent on climate and energy fell by 46%.

When the Paris agreement was struck, the foreign office had between 149 and 158 full time equivalent jobs in climate-related roles worldwide.

The UK is a self-styled key advocate for greater ambition at climate negotiations. In the months leading up to the Paris conference, the foreign secretary’s special representative for climate change David King helped to develop Mission Innovation, a collaboration between 22 countries and the EU to double public funding for clean energy research and development investment over five years.

A spokesperson from the Foreign and Commonwealth Office (FCO) said: “Climate change and energy work is a network-wide priority. The FCO works closely in partnership with departments across Whitehall on the international climate change agenda.”

As campaigning begins for the UK’s June election, the Labour Party’s spokesperson on climate change Barry Gardiner said the “staggering cut in the number of FCO staff working on climate change shows that the Government is not serious about implementing the Paris Agreement”.

He referred to a report in the Times this month that prime minister Theresa May plans to “scale down” concern about climate change in order to win new trade partners post-Brexit.

“How can the public have any respect for politicians who are all too happy to sit there for the photo at the signing ceremony but then don’t deliver what is in the agreement? Theresa May has done the same on UK emissions and renewables. The implementation plan that was due last July has now been delayed indefinitely,” said Gardiner.

“Under Labour the UK led the world in climate policy. We need a Labour government that will transform our country at home into a low carbon high value economy; and abroad will give the resources and the leadership required to deliver the Paris Agreement.”