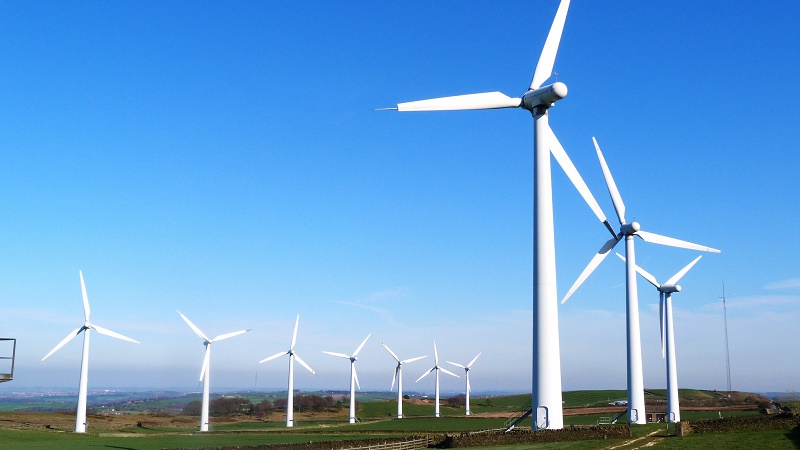 It’s a fresh spring day in Britain, with no whiff of coal smoke on the breeze.

Yes, the birthplace of the industrial revolution is headed for its first 24 hours without coal power since those fossil-fuelled electrons started to flow.

It is the latest sign of a rapid clean energy shift in the UK, as policy and market forces align.

The government can’t coast on the coal phase-out forever. It needs to repeat the trick in heat and transport sectors to sustain emissions cuts next decade. A long-awaited climate policy package has been delayed again by PM Theresa May’s decision to call an election.

While Brexit is set to dominate the campaigns, clean energy issues may get an airing. The opposition Labour party is calling for a crackdown on drafty rental properties, for one.

Energy efficiency, not typically a hot political topic, even reared its head in the French presidential TV debate, reports Arthur Neslen. The four leading candidates vied to offer the cosiest future to voters in poorly-insulated housing.

Parts of the Kenyan capital are getting piped water for just 12 hours a week, under rationing to eke out scarce supplies. Residents have been forced to buy bottled water, at 9,000% of the city tariff.

It follows a prolonged drought that scientists have established was made worse by climate change. The weather forecasts show little sign of relief. “The catchment areas are still dry and we are praying that it rains soon,” said Nairobi Water’s Mbaruku Vyakweli.

Water scarcity has been a significant factor in the rise and endurance of Boko Haram’s reign of terror around Lake Chad, say researchers.

A report by consultancy Adelphi for the German government backed up the UN security council’s first statement on the troubled region.

While stressing climate change does not directly cause terrorism, the analysis shows it can contribute to conditions in which armed militias thrive.

Ok, so this one is not life or death, but cricket is a sport loved by millions – and global warming is changing the nature of the game, writes Tanya Aldred.

It is not just washed-out matches, an increasingly common occurrence according to English officials. Shifting weather conditions alter the fundamentals of play: how the ball bounces and moves through the air.

Uncertainty over US participation in the Paris climate deal drags on, after a White House meeting scheduled for Tuesday was postponed.

Karl Mathiesen profiled the seven men who have president Donald Trump’s ear on the issue. They range from secretary of state Rex Tillerson, who has publicly advocated staying in, to environment chief Scott Pruitt, who is firmly in the “out” camp.

Brazilian lawmakers have voted to remove protections on one million hectares of forest, an area the size of Jamaica. The two bills approved amount to a “licence to clear-cut”, said top enforcement official Roberto Cabral.

Environment minister Jose Sarney Filho is calling on president Michel Temer to veto the plans, which were originally put forward by the government but altered by pro-business members of Congress.

The rollback of legal protections follows a halving of the environment department’s budget amid rising deforestation.

A planned gas pipeline from Russia to Germany through the Baltic Sea is causing unease in many European capitals.

Opponents to Nord Stream 2 are primarily concerned about energy security: it entrenches reliance on Russian gas in defiance of the EU Energy Union strategy to go the other way.

But they should object just as strongly on climate grounds, argues Client Earth’s Marcin Stoczkiewicz. The project locks in fossil fuel use during a period countries need to be moving to cleaner energy sources.