Trump’s ban: ‘I want to study in US to save my country from climate change’

Comment: The only way to defend Sudan against the conflict and starvation of climate change is through education. Trump’s ban cuts us off from that, writes Lina Yassin 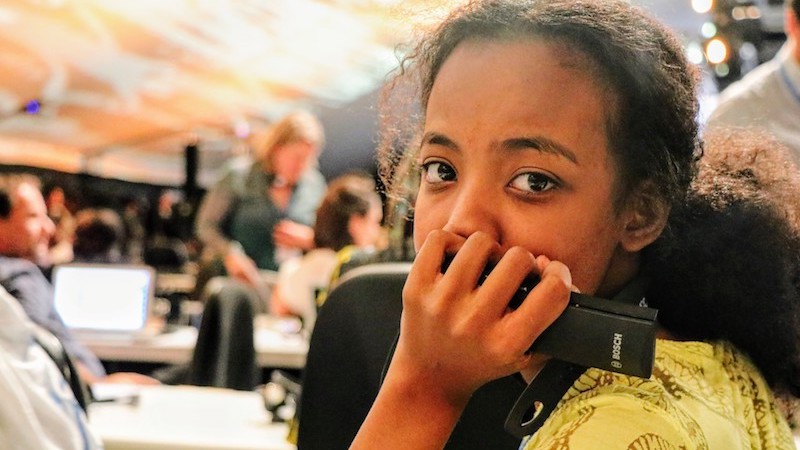 I am an 18-year-old Sudanese woman. I study chemical engineering at the University of Khartoum and I want to do a Masters in environmental engineering. Until president Donald Trump’s ban on immigration from my country and five others, I wanted that to be in the US.

The only way I can help save my country is through knowledge. Sudan is one of the driest, most fragile and desertified regions in sub-Saharan Africa which makes it highly vulnerable to severe climate change impacts.

Desertification is linked to conflict. The war in Darfur has been described as the “first climate war”. The root cause is the growing competition for water and land due to the creeping desert and severe droughts. Darfur’s conflict has killed over 300,000 people.

Sudan now has the largest population of internally displaced people in the world. Five million live in informal settlements, rural camps and urban slums. The UN Environment Program (UNEP) says this is the result of severe environmental degradation. According to scientists in the US, the heat could eventually make Sudan uninhabitable.

The only escape from these deadly impacts lies in the power of our youth. We need to change the country’s whole system. We need a government equipped to handle these challenges. The key to making real changes comes from a strong education and Sudan – being a developing country – lacks many of the necessary resources. This is why many Sudanese people plan to do their studies abroad. Studying in the US is/was something I always dreamed of.

Many others have had seen opportunities cut off. One economic and social studies student in Sudan, who preferred not to be named, travelled to the US in 2016 on an exchange programme funded by the US state department.

“I spent 6 weeks studying social entrepreneurship and touring the US to meet with American entrepreneurs. I established a network with entrepreneurs who are willing to expand their business through working with me in implementing development projects in Sudan. The recent executive order made by Trump is standing in my way. This ban is not just blocking the Sudanese nation from entering the US it is also blocking many opportunities that the youth could bring to shape the future of Sudan,” says the student.

Esra Ali, a Sudanese graduate student at Jackson State University, came to the US in July 2016 on an F-1 student visa. Now she is trapped and isolated from her family and friends.

“My mother was planning to visit me during the summer and due to what is happening she won’t be able to come,” says Ali.

“I have arrived to this country legally with one intention which is to improve my future and the future of my country. As many might know Africa doesn’t have many resources – especially education and women rights. Thus me coming here was a dream come true. But it is only the beginning [of my degree] and I keep asking myself is it worth it to stay here without seeing my family and friends all this period?”

Young Sudanese people are facing obstacles and losing opportunities, apparently because of their religion, and they are now looking for alternatives and starting all over again. Sure, there are other countries. But the US has the best education system in the world.

“I think if our youth get the proper education this may increase their chances. That proper education can be found in the US but now with this ban their lives got much harder without the ability to dream or even live the American dream,” says Ali. 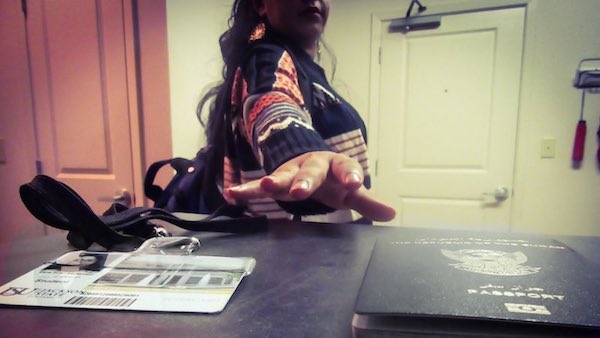 Esra Ali, a Sudanese graduate student at Jackson State University, has been left with a choice: stay in the US alone until she finishes her degree or return to Sudan and be with her family. (Photo: Esra Ali)

If you look at the executive order signed by Trump, you will actually be confused because the order says that terrorists will use any means possible to enter the US due to the deteriorating conditions caused by “war, strife, disaster, and civil unrest”. What does not make sense is that all those problems are linked to climate change.

If Trump really wanted to fight terrorism he would have signed an order to limit climate change rather than creating this heart-breaking moral catastrophe. The young victims of internal displacement due to war, environmental hazards and other reason are people who lost everything they had, by slamming the door in the face of those people, Trump is making them an easy prey to be brainwashed and enlisted for a “radical” cause.

Trump is clearly ignoring the fact that climate change kills and affects more people worldwide than terrorism; it devastates human health, food security and water safety. Extreme weather events destabilise regions and that can make climate change one of the factors that actually drives terrorism.

This “Muslim Ban” is not limiting terrorism, it is crushing Sudanese people’s hopes and dreams for a brighter future. This ban is lowering Sudan’s few options to escape climate change and its severe impacts, it is threatening the lives of millions who are already living under hard circumstances and looking for a way to a better life.