Who should account for emissions from overseas military training bases? UK defence planners say Kenya must deal with pollution from army manoeuvres 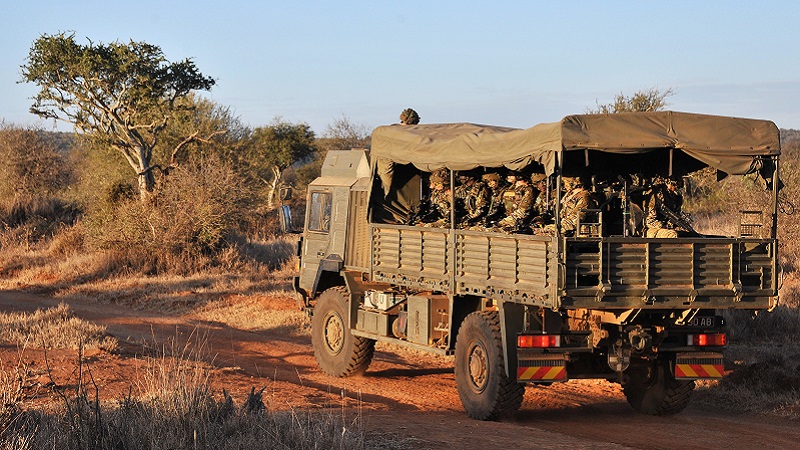 By Lou del Bello in Nairobi

Five decades after it won independence from Britain, Kenya’s colonial past continues to threaten its ability to pursue its own climate agenda.

Documents seen by Climate Home show that a UK military base located in rural Kenya could jeopardise ambitious climate targets set by the local government.

The training base in Laikipia county, which hosts up to six infantry battalions per year, is one of the main British defence assets in Kenya.

The British Army Training Unit Kenya (BATUK) is part of a number of military operations which, according to local civil society organisations, are part of the unfortunate colonial legacy that to date remains alive in the country.

One of the 47 counties in Kenya, Laikipia stands out for its commitment to fight climate change. The county is a member of the Under2 coalition, a group of 165 jurisdictions spanning 33 countries and six continents.

As part of this the local government has promised to scale up the use of efficient cookstoves and solar technology, increase afforestation and ramp up waste management in the three major urban centers by 2020.

Laikipia is also establishing a new measurement system for its fossil fuels usage and emissions. But officials say greenhouse gases produced by the 10,000 troops rotating through for training and more than 1,000 vehicles, helicopters and jet aircrafts cannot be measured.

The supporting document submitted to the Under2 program highlights this lack of transparency and raises an important issue – are emissions from the base the responsibility of Laikipia county, or the UK government?

“The British army has trained here for along time and until the a few years ago they got away with leaving unexploded ammunition during the trainings in the north which caused untold damage to the wildlife and human beings” said David Wanjohi, chairperson of the umbrella civil society organization LAICONR, which deals with policy and legislation on natural resources governance in Laikipia county.

“In Kenya it still remains illegal to document military activities” he said, “so it is still remains difficult to give accurate information on the toxicity, emissions and long term effects of the weaponry used”.

According to the British government, BATUK benefits the local community. Nic Hailey, the British High Commissioner to Kenya, said that the military base contributes some 5.5 billion Kenyan shillings to the local economy through health facilities and other forms of community development. He added that BATUK employs over 400 contracted and 3000 casual workers per year in Laikipia and neighbouring Samburu counties.

But according to Wanjohi, the environmental consequences of the British Army’s presence remain unaddressed: “Apart from the proliferation of ammunition in the exercise areas” he said, “the major damage goes to wildlife and birds and the landscape resulting from noise from exploding bombs. No independent survey has been carried out to show the effects of this exercises on biodiversity.”

A spokesperson for the UK Ministry of Defence said that the department takes its environmental responsibilities seriously and works to reduce emissions, pollution and waste.

“The majority of power used by our establishments in Kenya comes from the Kenyan Grid and  portable generators and vehicles are serviced to ensure they work efficiently with minimum emissions” the spokesperson said.

“Many of our buildings have solar panels and over the next three years we plan to use more renewable energy. The environmental performance of our Kenyan facilities is reported annually to the Defence Infrastructure Organisation (DIO), part of the British Ministry of Defence, and to the National Environment Management Authority (NEMA).” The environmental assessment is provided to NEMA and it is publicly available.

However, the spokesperson confirmed that the UK doesn’t take responsibility for the emissions produced on Kenyan soil, leaving it to the people of Laikipia to clean up the mess.

This political deadlock will make it more difficult for the local authorities to comply with the Under2 commitments requiring each member to develop their own measurement, reporting and verification system (MRV) to keep track of their emissions.

The lack of an efficient MRV system in developing countries is one of the main hurdles to the development of a robust framework for clean energy transition and ultimately to their capacity to deliver on their Paris commitments.

The local government of Laikipia did not respond to our interview requests for this story.