Almost half of plant and animal species have experienced local extinctions due to climate change, research reveals, with the tropics suffering the most pronounced loss 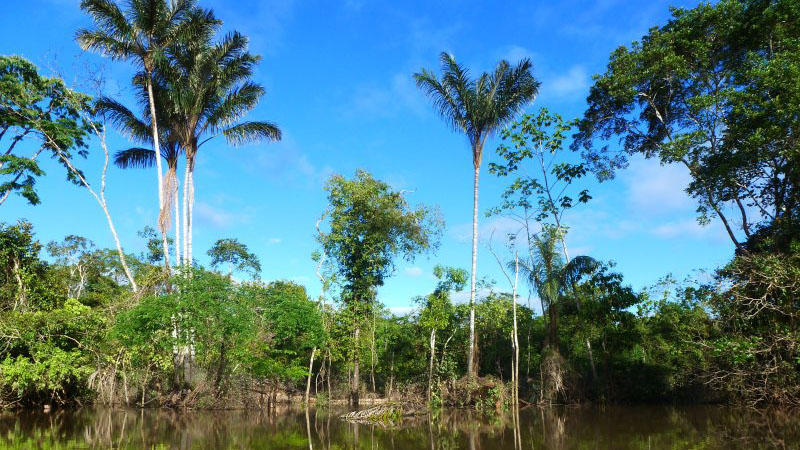 Climate change is already beginning to alter the natural world.

A study of 976 plant and animal species worldwide – freshwater, terrestrial and marine – reveals that local extinctions have happened in 47% of their natural ranges.

This does not mean that species have become extinct: the effects are local. Amphibian species that once frequented particular ponds and streams have slipped away, meadow wildflowers have migrated, and once-familiar butterflies and bees have flown favourite nesting places, all in response to global warming.

John Wiens, an ecologist at the University of Arizona at Tucson, reports in the Public Library of Science Biology that he searched the biological databases for studies that recorded the “warm edge” of a species’ habitat: that is, the boundary of the range where conditions start to become too warm for comfort for any particular species.

He may not have expected to see much change, because as a global average the world warmed by just 0.85°C between 1880 and 2012. The forecasts for global warming this century suggest that – unless humans make drastic cuts in fossil fuel consumption – they could rise by another 4°C.

But when Professor Wiens took a closer look at the evidence delivered by studies of 716 animals and 260 plants in Asia, Europe, Madagascar, Oceania and North and South America, he found signs of change in 460 instances, almost half of all studies.

The effect was more pronounced for tropical species, and most pronounced of all in animals: 545 out of the 716 species.

Freshwater species, too, registered more obvious change than marine animals, but this local extinction rate of 74% was based on just one study in Europe. The pattern might be different elsewhere.

Biologists have been warning for years that global warming could trigger not just local but global extinctions of animals and plants, particularly in those species already threatened by habitat destruction, pollution, alien invasion and overhunting.

They have also warned that the diversity of species in any one ecosystem could be affected by rises in average temperatures or a shift of climate regime.

These warnings have been backed up by studies by Professor Wiens and others of the impact of climate change on the grasses – which include wheat, rice, barley and maize – and by a recent study of changes in a range of natural ecosystems.

“These results suggest that local extinctions related to climate change are already widespread, even though levels of climate change so far are modest relative to those predicted in the next 100 years,” writes Professor Wiens.

“These extinctions will presumably become much more prevalent as global warming increases further by roughly two-fold to five-fold over the decades.”

And for those who take comfort from the hope that species may be saved from global extinction by the creation of wilderness areas, national parks and other protected ecosystems, there is bad news from a second study, in the journal Conservation Letters.

James Watson, a geographer at the University of Queensland in Australia, and colleagues report that habitat destruction across three continents far outstrips habitat protection.

The researchers looked at rates of habitat protection versus conversion in 825 natural ecosystems since 1992. They found 41 ecological regions in 45 nations in a crisis state: humans there had converted more than 10% of the remaining natural habitat in the last 20 years.

“An area of 4.5 million square kilometres, or about two-thirds the size of Australia, has been converted to human-dominated land use in the past two decades alone,” Dr Watson says.

“As a consequence of past and recent habitat loss, almost half of the world’s eco-regions now must be classified at very high risk, as 25 times more land has been converted than protected.