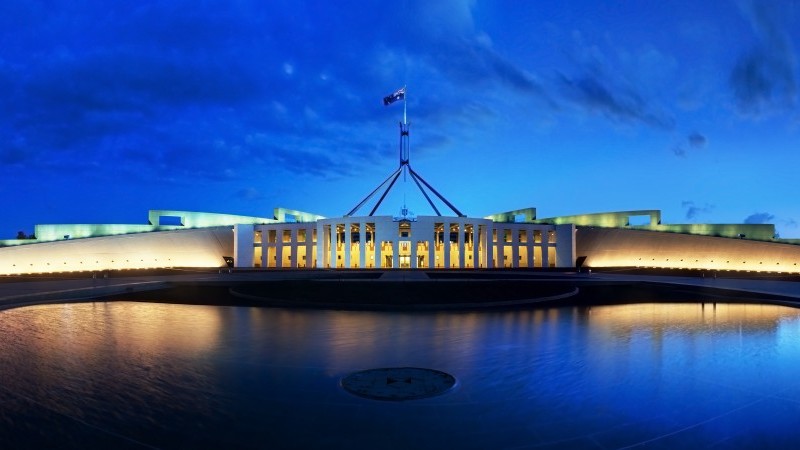 If you have ever wondered how Australian climate policy was highjacked by a minority group of government conservatives, Monday and Tuesday are worth a review.

For Malcolm Turnbull and his government, this is a very old dance. The name of the jig is carbon pricing, a policy considered politically mundane across much of the world. The World Bank records carbon pricing in 40 national jurisdictions and more than 20 cities, states, and regions. But in Australia the very notion has had party leaders of the left and right prancing and backflipping for years.

This week’s rendition was as uptempo and gymnastic as has been performed yet. On Monday, energy and environment minister Josh Frydenberg was doing the early morning radio rounds. He was asked to fill in the blanks left by the terms of reference his department had released regarding the government’s scheduled 2017 review of climate policy.

Would it include a form of carbon pricing? Not on the whole economy, said Frydenberg: that’s Labor’s thing. But he went on: “The review is explicit about looking at sector-by-sector approaches and given that the electricity sector is about one third of the total emissions across the economy it’s only appropriate to see if we’ve got the best mechanisms in place… A number of organisations have recommended an emissions intensity scheme but again this review still has a long way to go.”

An emissions intensity scheme would necessitate placing a value on carbon. Frydenberg had opened the door and a whole flock of crazy was about to walk through.

By that evening, The Australian – Rupert Murdoch’s flagship newspaper in the country – had interviewed South Australian senator and conservative powerbroker Cory Bernardi who called the notion “one of the dumbest things I’ve heard in politics in recent times”.

To understand Bernardi’s reaction, it’s important to understand that conservatives in Australia know that they are in the minority. Labor and the Greens both back carbon pricing. Officially, the governing coalition does not. But moderate Liberals – including the prime minster – have supported such mechanisms in the past.

While Bernardi was hitting the news channels, the Australian electricity distribution industry and the main government science body made an explicit request to the government for a carbon pricing mechanism to ensure stability and lower prices.

But that’s not really the issue. For conservatives, their ability to hold the government to their hard line climate policy is representative of the thrall under which they hold Turnbull. With ideological battles being fought within the coalition over gay marriage, immigration, gun laws and racial discrimination laws, they won’t let him move an inch.

As Monday turned into Tuesday, government backbenchers piled on to criticise Frydenberg. Then government heavyweight and minister for the defence industry Christopher Pyne turned the knife, telling the Australian: “We have absolutely no intention of returning to a carbon tax.”

The words “carbon tax” are toxic in Australia – synonymous with the nation-wide Labor policy that former prime minister Tony Abbott repealed in 2014. The majority of the electorate still fears such a policy will drive up electricity prices.

Speaking of the former prime minister – whom Turnbull deposed last year in a party room coup – Abbott was also on hand on Tuesday night to put the heat on Frydenberg.

“I’m sure the last thing ministers want to do is to reopen questions that were settled for our side back in 2009 [when, incidentally, Abbott knifed Turnbull for the leadership over his support for emissions trading]. We’re against a carbon tax. We’re against an ETS. We’re against anything that’s a carbon tax or an ETS by stealth,” he said in a statement.

This is a serious problem for Turnbull, whose opinion rating has fallen to its lowest since he took power. There are many on the right who are furious at him for thrusting their chief Abbott to the backbench. He needed to act and act he did.

But first, a moment of tragic farce and high symbolism. While Frydenberg was talking about carbon pricing Turnbull was having a tête-à-tête in Melbourne with Gautam Adani, the Indian billionaire who plans to build the worlds largest coal mine in the Australian state of Queensland. Last week, Turnbull’s government announced they would pitch in to the project with a $1bn loan.

On Tuesday, as his backbench revolt grew, Turnbull sent Frydenberg out to eat his own words. By that night, just 33 hours (by Buzzfeed’s calculation) after his first radio interview, here he was again to say that he didn’t say something that he definitely said.

“It’s always been our policy to have a review. I didn’t mention an emissions intensity scheme – that’s not in any document to the Coalition has put out… The Turnbull government is not contemplating such a scheme. We are not advocating such a scheme,” he said.

Bear in mind that Frydenberg never suggested a change in policy, just that they would consider a range of options. John Connor, CEO of the Climate Institute, told Climate Home that the review been backed by industry and investor groups. “They know serious reforms are required and 2017, a non election year, is the only chance for a mature discussion. The spectacular shrinkage in scope of this review mentioned today has been roundly criticised by most business and industry groups for this reason.”

James Massola, the chief political reporter at the Sydney Morning Herald managed to get hold of the coalition talking points for Monday, Tuesday and Wednesday. They give an insight into what the Guardian’s Katharine Muphy called another “extraordinary capitulation” from a “divided, roiling, rudderless, chaotic and gutless political outfit”.

“We will not be imposing a carbon tax or an emissions trading scheme, whatever it is called… If you want to ask questions about what another minister said, you should address them to him,” he said. Then with one partner thrown firmly under the bus, Turnbull went on with the dance.

Leaked Coalition climate talking points from Monday, Tuesday, Wednesday. How the sausage gets made. #auspol pic.twitter.com/Y09LXjr6GW