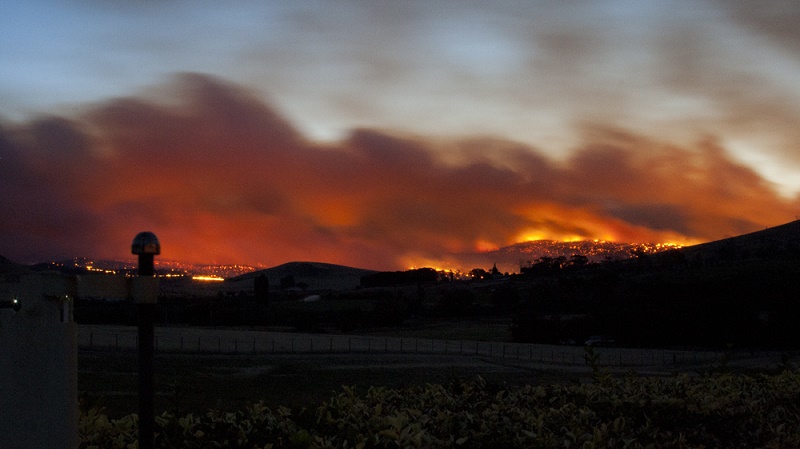 Trees 1,000 years old have been caught in the weeks-long blaze, sparked by lightning strikes in unusually dry conditions. More than 100,000 hectares have been blackened.

The inferno comes as evidence mounts that human-caused climate change is raising the risk of bushfires, warned think tank the Climate Institute.

“It points to the need for a two-pronged strategy,” said CEO John Connor: “To be working hard to cut carbon pollution while, at the same time, building greater resilience to bushfires caused by the global warming already locked in.”

The Climate Institute drew on research by lead science agency CSIRO and the Bureau of Meteorology. They had found an increase in the frequency and severity of fires in more than 42% of southern Australia since 1973.

With high levels of future warming, models show the number of “very high” fire days in Tasmania could more than double.

It threatens world heritage forests that have not evolved to cope with cycles of fire and regrowth, unlike Australia’s hardier eucalyptus.

Tasmania’s parks service, in a review of the response to severe bushfires in 2013, said dry lightning had taken over from arson as the major cause.

But that should not be seen as a natural phenomenon to be left unmanaged, it argued, “if human-induced climate change is a contributing factor”.

Conservationists are calling for a public inquiry into the authorities’ handling of fire risk.

“Hotter temperatures, reduced rainfall in key seasons [and] worse fire weather, are all consistent with what is projected with climate change, particularly under a high-emission scenario,” he said.