A brief history of the 1.5C target

Like most overnight successes, a campaign by vulnerable countries for a stricter warming limit is based on years of groundwork 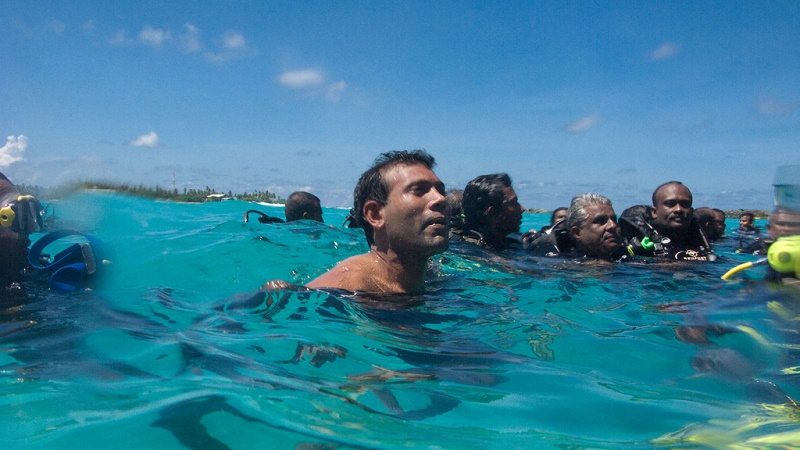 If a climate deal is done in Paris, the main result may yet be a more ambitious target than many had hoped for.

More than a hundred countries now support a goal of limiting temperature rise to no more than 1.5C, and the target may be included in this week’s climate change agreement. It’s a remarkable turnaround of fortunes for a climate target that has often been dismissed as politically unrealistic.

Although there’s no safe amount of global warming, a target of no more than 2C of global temperature rise has often represented the threshold of “dangerous climate change”. But it seems to have taken just a few days for a lower 1.5C limit to become a contender for the central goal of global climate politics.

Where did the number come from? Like most overnight successes, 1.5C’s rise to fame is built on years of careful groundwork. It has been a key demand of island states since at least 2008, when the Alliance of Small Island States (AOSIS) wanted to know whether it should argue for more ambition in global climate talks.

AOSIS commissioned work by scientists at the Potsdam Institute for Climate Impact Research on the impacts of a 2C rise. The conclusion was straightforward. As Tuvalu’s former negotiator put it: “It was clear that a global temperature rise above 2 degrees would be disastrous for Tuvalu.” The island nation decided it would support a limit “well below” 1.5C.

Despite being the fourth smallest country in the world, Tuvalu caused a “furore” at the Copenhagen talks in 2009 by calling for the 1.5C limit with other AOSIS and African nations.

At the time, the lower limit was widely perceived as unrealistic, and Tuvalu was even blamed for causing a split between developing countries at the conference, as richer nations including China and India did not support the 1.5 degree target.

According to one account of the final hours of the Copenhagen conference, Chinese delegates argued that the 1.5 limit should be removed from the text. President Mohamed Nasheed of the Maldives fought back, asking: “How can you ask my country to go extinct?”

Ultimately, the Copenhagen Accord enshrined 2C as the central goal of international climate politics, but also said countries would “consider” limiting temperature rise to less than 1.5 degrees.

In the intervening years, small island states and African countries continued to make the case for more ambition. As the parade of climate summits continued, they began to attract more support from other sources.

The 2010 Cancun agreement contained a commitment to “review” whether the 2C limit needed to be strengthened, “on the basis of the best scientific knowledge available”. In 2011, executive secretary of the UNFCCC Christiana Figueres lent her support to the 1.5C limit, warning “If we are not headed to 1.5C we are in big, big trouble.”

Fast-forward to June of this year and a UN report, based on the views of 70 scientists, concluded 2C is “inadequate” as a safe limit and less warming would be “preferable”. While mainstream commentary is often dismissive of whether the 1.5C limit is possible, a study published earlier this year in Nature Climate Change suggested it can still be achieved – although “the window for achieving this goal is rapidly closing”.

In Paris, the 1.5C limit is now endorsed by 106 countries – a majority of those present. It’s become the rallying cry for a broad coalition of climate activists, civil society groups and the climate justice networks, under the banner “1.5 to stay alive” – a term coined by the small island states back in 2009. In just a few short years, 1.5C has moved from being seen as ‘unrealistic’ and a “distraction”, to a widely-supported symbol of climate ambition.

It’s a remarkable success for its advocates. As with all successes, it comes with its upsides and downsides. Some see 1.5C of temperature rise as too much; others worry agreement on this point could be used as an excuse for less ambition in other areas. Many argue the target implies the use of “negative emissions technologies” to take carbon dioxide out of the air, which are highly controversial.

And of course it’s not a success until it happens in reality. Keeping global temperature rise to 1.5C would require genuine worldwide commitment to reducing global emissions – and that can only take place outside the walls of international conference centres.

So if 1.5C is included at the target in the final agreement this week, the work will have only just begun. But it will still be remarkable turn-around in fortunes for such a small number.