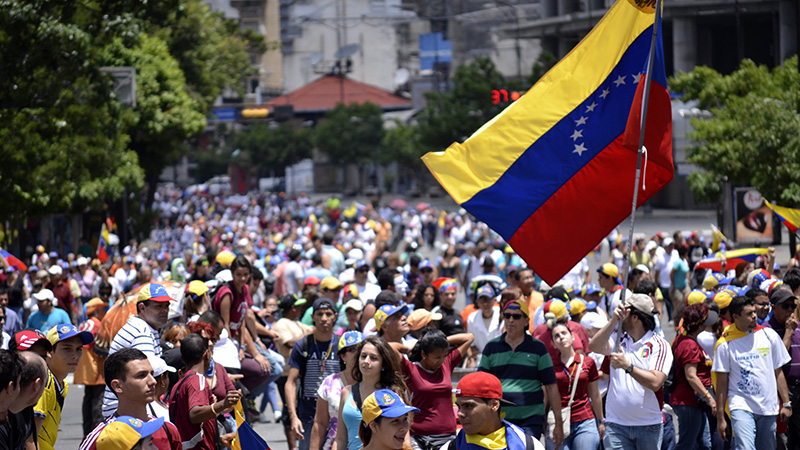 The Venezuelan people have dealt the administration of President Nicolas Maduro a serious blow by handing back control of the National Assembly to the opposition coalition known as the Democratic Unity Roundtable.

With over 70% turnout, the electorate voted in force in what many saw as a referendum on the president’s rule. Maduro’s administration has been criticised for chronic shortage of basic foodstuffs and gross mismanagement of the economy, not helped by low oil prices.

As the dust settles, analysts are asking what the opposition victory could mean for Venezuela’s climate policy, which appears to be out of sync with the demands of the Venezuelan people.

A survey by the Pew Center reveals that concern over climate change is especially high in Latin America including Venezuela, where citizens express particular fears about climate impacts such as droughts.

Despite hosting the first “Social” Pre-COP last year to promote civil society voices, which is the main meeting before the Conference of the Parties (COP), national groups criticise the Venezuelan government for shutting them out of discussions on climate change.

The Venezuelan list of delegates at the Paris climate talks shows a complete absence of civil society representation.

The Pew survey also reveals that support for limiting emissions is high in Venezuela. The Venezuelan Network of Non-Governmental Environmental Organizations rejects the ideological posturing of Venezuela’s climate policy stating that a discussion that reduces climate change to rhetoric of socialism versus capitalism oversimplifies climate change issues and masks the true demands of citizens.

Civil society groups also question why the Venezuelan government at times blocks the climate negotiations and criticise its overall lack of ambition.

Venezuela, alongside nine other holdouts, is yet to submit its national climate pledge or INDC to the UN.

Minister of eco-socialism Guillermo Barreto said the country will withhold the plan until it knows what rich countries are laying down in a Paris agreement, AP reported.

Last Friday, Venezuela and Saudi Arabia received the Climate Action Network’s “Fossil of the Day ” award for blocking progress at the talks.

The network, which is made up of over 900 NGOs from around the world, criticised both countries for opposing language that called for transitioning the global economy away from fossil fuels toward renewables. Both countries are seeking to protect their economies which are based primarily on oil exports.

This week, Venezuela and some other members of the Like-Minded Developing Countries negotiating bloc, appear to have softened their opposition to limiting global average temperature increase to 1.5 C.

Whether this extends toward supporting a long-term mitigation goal and ditching fossil fuels in favor of renewables is doubtful.

The head of Venezuela’s opposition has claimed it has won a critical two-thirds majority in the election with at least 112 seats out of a total of 167 in Congress. If confirmed, this could lead to significant changes.

The opposition would be able to pass laws allowing the release of political prisoners and also remove the vice-president and potentially ministers. It could also lead to the opposition calling for a referendum on the president’s rule, but this could take place only when Maduro’s presidency reaches its halfway point in 2016.

Given the dire state of the economy and Venezuela’s heavy dependence on oil to finance the budget, the nation’s environmental and climate change policies are unlikely to change in the short term.

Alejandro Luy, General Manager of the Venezuelan Foundation Tierra Viva, says that faced with such an acute economic crisis, climate change is not currently on the national agenda.

Even though the opposition could play a much greater role in national policy, Maria Pilar Garcia-Guadilla, a professor at the University of Simon Bolivar in Caracas, said any changes in environmental policy were unlikely since the opposition has never maintained a strong environmental agenda.

Alicia Villamizar, a Venezuelan scientist and lead author of latest assessment report of the UN climate change panel, the IPCC echoed that view.

Maria Eugenia Rinaudo, who tracks the climate positions of Venezuela and Colombia with Adopt a Negotiator, says that Venezuela’s international climate policy is unlikely to change its position in Paris following the elections, but could come under pressure to do so for the next COP in Morocco next year.

As the UN climate negotiations pick up the pace this final week, Foundation Tierra Viva’s Luy reminds the country’s negotiators that they represent not only the government, but the whole Venezuelan state including the National Assembly and its citizens.

Venezuela’s positions in Paris might not change, but the signal from Sunday’s election is very clear.

The administration’s grip on power has been significantly weakened, which could create the space for a shift toward a more pragmatic climate policy that is more in tune with the level of concern of global warming of the Venezuelan people.