Continent brings a colourful tapestry of perspectives to UN climate talks in Paris. Guy Edwards rounds up the latest developments 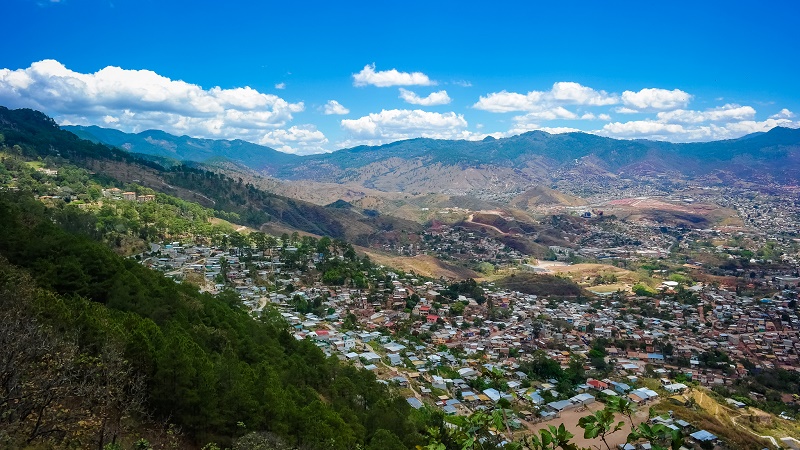 By Guy Edwards in Paris

While there is a degree of unity on some issues such as the need for a legally binding agreement and increasing the salience of adaptation, there is a lack of consensus on other issues including a long-term mitigation goal.

This week we are already seeing active and diverse participation from Latin American countries. Here are a couple of brief updates on Peru, Colombia, Honduras and Venezuela.

On Monday, Peru passed the baton over to France relinquishing it from its COP20 presidency duties. Peru’s has been complemented for its diplomatic efforts in successfully navigating last year’s Lima climate conference to a successful outcome.

Peruvian and French leaders, ministers and diplomats have also been working closely together this year showing that developing and developed countries can cooperate on climate change. Peru’s Nazca Climate Action portal which showcases climate actions by cities and the private sector has logged over 10,000 commitments. 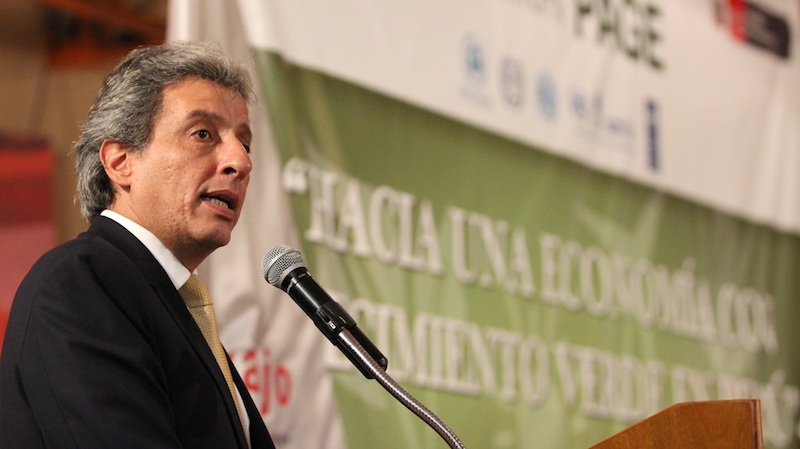 Jorge Voto-Bernales, Peru’s special representative for climate change, commented that Peru is now taking its positive experiences from its COP20 presidency including the emphasis on building bridges, ambition and finding compromise back to its negotiating group, AILAC.

In tune with this sentiment, Peru president Ollanta Humala said on Monday that heads of state must empower their negotiators with rigor, flexibility and pragmatism to ensure a new deal is reached.

In AILAC’s opening statement on Tuesday, it announced the arrival of its newest member: Honduras. It followed Paraguay, which joined in June this year.

AILAC was officially launched at the climate negotiations in Doha in 2012 by Colombia, Chile, Costa Rica, Guatemala, Panama and Peru. The bloc promotes the narrative of collaboration and momentum that seeks to challenge the north versus south discourse, which has for decades pervaded the negotiations and undermined progress.

Like other developing countries, AILAC members are highly vulnerable to climate change impacts such as droughts, floods and hurricanes, which helps to explain the sense of urgency they promote at the talks. Rather than having a world with a weak agreement bringing dangerous climate change, AILAC maintains that countries have a better chance of achieving prosperity in a high ambition global climate regime, which includes commitments from all nations and is based on the principles of common but differentiated responsibility (CBDR) and equity.

In Paris, AILAC’s opening statement states that a new agreement “must set out a clear direction of travel, with collectively agreed ambitious targets built around the 1.5°C long term temperature goal”.

On Tuesday, the Colombian government and the Inter-American Development Bank launched the Sustainable Colombia Initiative which aims to combine the social and environmental recovery of areas affected by conflict. The initiative seeks to combine conflict resolution with efforts to create jobs with a focus on sustainable development in areas plagued by decades of armed conflict which often goes hand in hand with rampant deforestation.

According to the Inter-American Development Bank website, the initiative is based on the UN Sustainable Development Goals (SDGs) and attempts to combine issues rural development, climate change, environmental sustainability, social inequality in conflict areas.

Venezuela is yet to submit a climate pledge towards a UN deal and is unlikely to do so, raising questions about whether it can be a credible player in Paris.

Maria Eugenia Rinaudo, who works with Adopt a Negotiator following ALBA countries (an alliance of leftist South American states) in Paris said the Venezuelan decision-making process on climate policy has shut out civil society. Groups have attempted to engage with the government but there has been minimal if any dialogue on climate policy.

A cursory look at the official list of Venezuelan delegates in Paris reveals an absence of civil society representatives. Several told Climate Home they had hoped to come to Paris but given economic woes – as an oil exporter, the country has been hard hit by plummeting commodity prices –  flights to France were prohibitively expensive. 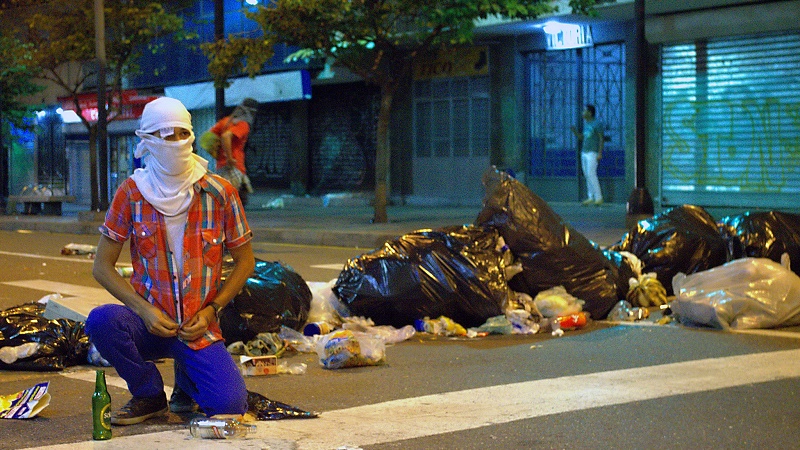 A protester blocking the streets with rubbish in Venezuela, January 2015 (Flickr/Carlos Díaz)

This lack of civil society involvement comes despite the fact that in late 2014 Venezuela hosted the Social Pre-COP which was meant to boost civil society voices on climate change.

It appears there is little tangible legacy from the event in either the form of climate action by the government or increased participation of civil society.

This is perhaps unsurprising given Venezuela is in the midst of a deep economic and political crisis. Its economy will likely contract 10% this year and 6% in 2016 as lower oil prices take their toll.

Local elections slated for 6 December are set to be very contentious as international election monitors are kept away and the Venezuelan people struggle to cope with a deteriorating security situation and living standards.

Latin American countries are pushing and pulling on multiple fronts so stay tuned for more updates as the talks progress. Mexico and Brazil are playing key roles behind the scenes alongside others from the region on adaption, finance and a long-term mitigation goal.

A number of Latin American governments realise the opportunities that a new agreement could open up for their countries especially for promoting clean energy and increasing resilience to climate impacts so lots at stake for them to ensure the Paris talks can achieve an ambitious and equitable outcome.