Halloween could be UK’s hottest ever

October 31 will be frightfully hot, according to the UK’s Met Office 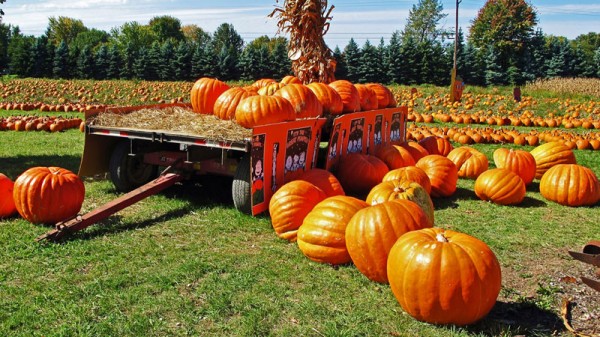 Forget about monsters and zombies. The scariest thing you see tomorrow might just be your thermometer.

This year’s Halloween might be the hottest on record, says the UK’s Met Office.

Temperatures of up to 21C would eclipse the previous 20C record set in Dartmouth in 1968, the UK’s weather agency said.

It’s no trick – the warm weather is in line with an October that has seen temperatures reach 1.5C above the long term average. Currently, the month is on track to be the 11th warmest October since 1910 in the UK.

Could it be the warmest #Halloween on record? We could see 21 °C in the SE tomorrow. Previous record is 20 °C at Dartford in 1968

And while the ghouls prowling the streets may enjoy the warmer weather, it’s no treat, either. In the long term, climate change is expected to increase both flooding and drought in the UK.

A spokesperson from the Met Office told RTCC that the temperature records of a single day “did not have any scientific significance” as “you would look over a longer period for climate change”.

The record for the hottest October ever in the UK was in 2001, when the average temperature was 12.2C, compared to a 9.5C long term average.

Globally, 2014 is on track to be the hottest year on record, warned US scientists from the National Ocean and Atmospheric Administration.

Scientists are meeting with politicians in Copenhagen this week to finalise work on the UN’s science report. The final document is expected to confirm that human influence on the atmosphere is “unequivocal”.