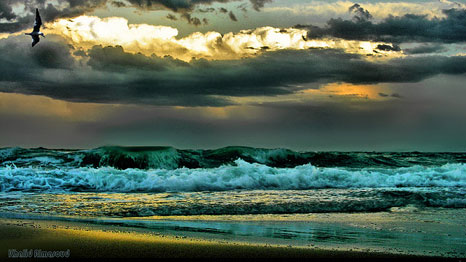 It is very likely that an El Niño will take place by the end of the year, the UN’s World Meteorological Organisation has said, strengthening scientists’ predictions that 2014 could be one of the hottest years on record.

El Niño, which means “little boy” in Spanish, is a natural weather event that occurs every two to seven years. It is characterised by unusually warm surface temperatures in the ocean in the central and eastern tropical Pacific.

There is a 60% chance that an El Niño will be established between June and August, rising to 75-80% for October to December, which will cause droughts, floods and warming, affecting regions including India and Australia.

The WMO are now more certain of an El Niño than they were in April this year, when they predicted there was a “fairly large potential” that one would take place by June.

“Our understanding of El Niño and La Niña has increased dramatically in recent years and this knowledge has enabled us to develop very successful climate services for society,” said said WMO Secretary-General Michel Jarraud in a statement.

“Advance warning has given governments around the world time to make contingency plans for the impact of this year’s expected El Niño on the agriculture, water management, health and other climate-sensitive sectors.”

He added that it is still too early to assess the precise impact on global temperatures, but that greenhouse gases emitted by humans meant that the long term warming trend was expected to continue.

The WMO is a UN agency that reaches its conclusions by consensus from experts around the world.

Climate scientists Piers Forster recently told RTCC that the probability of an El Niño, added to global warming trends, meant that 2014 was likely to be the hottest year ever.

So far, temperatures in the tropical Pacific Ocean have warmed to weak El Niño levels, but the other conditions – sea level pressure, cloudiness and wind – have remained normal. Scientists warn that these are likely to appear as the year progresses.

The intensity of the El Niño is still uncertain, they said, but current predictions are that it will be moderate. The last El Niño occurred in 2009/10.