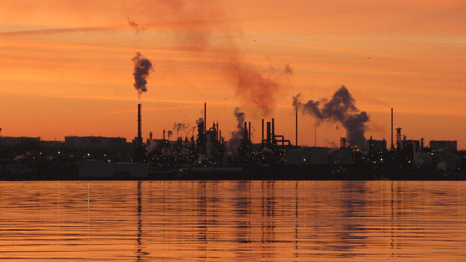 A row is brewing in the USA over moves to lift a 40-year ban on exporting crude oil, which campaigners say would encourage producers to exploit further reserves and threaten efforts to address climate change.

Stephen Kretzmann, executive director of US campaign group Oil Change International warns lifting the oil export ban is a form of  “climate denial in a new, and very dangerous, form,” arguing it would encourage oil producers to ramp up production.

Imposed in the 1970s, the embargo was in response to a decision by Arab countries not to export, but since then American production has rocketed. By next year, US oil production could be the highest since 1972.

On Tuesday Alaska’s Lisa Murkowski, a Republican who sits on the Senate Energy Committee, backed a lifting of the ban. She says it is “decelerating oil production” and could reduce employment opportunities: “the American consumer will suffer the consequences”, she added.

Daniel Yergin, one of the world’s leading energy experts, told Bloomberg this debate could be “biggest energy issue of 2014”, adding: “Our logistics, our laws and our thinking are all having to play catch up with the dramatic change in the US energy position”.

And despite the Obama Administration’s tough talk on climate change, last month US Energy Secretary Ernest Moniz signalled he may be willing to revisit the exports policy.

“There are a lot of issues in the energy space that deserve some new analysis and examination in the context of what is now an energy world that looks nothing like the 1970s,” he said.

According the Council on Foreign Relations, the oil industry predicts that lifting the ban would generate upward of $15 billion  a year in revenue by 2017.

The International Energy Agency predicts that the US will surpass Russia and Saudi Arabia as the world’s largest oil producer by 2015, while production in OPEC countries could be hit by growing insecurity in North and Sub-Saharan Africa.

Hydraulic fracturing, or fracking, has allowed US producers to tap into further resources of crude oil in regions such as North Dakota’s Bakken shale.

While some of this new oil is poorly suited to America’s refineries, the 1975 ban effectively restricts it from being imported to any country except Canada, leading to a glut on the US market.

The debate comes at a time when scientists are warning about the limits on the amount of fossil fuels that can be burnt to keep climate change under control.

In September last year, the UN’s science body, the IPCC, calculated that the world could only emit a certain amount of carbon dioxide if temperatures were to stay below 2C. Beyond this, governments have agreed the risks of climate change would become unmanageable.

“As the Intergovernmental Panel on Climate Change and the International Energy Agency warn, at least two thirds of existing proven global fossil fuel reserves need to be left in the ground. Much of the resource that would be unlocked by lifting the crude export ban is in fact still unproven,” said Kretzmann.

“Only climate deniers such as the oil industry and their paid Representatives on Capitol Hill would propose lifting the crude oil export ban,” he added.

And research from the Carbon Tracker Initiative warns annual investments of $674bn in the search for oil and gas could create a ‘carbon bubble’ of stranded assets if countries remain committed to meeting UN climate targets.

The $674bn figure is taken from the top 200 fossil fuel and mining companies and includes spending on the search new reserves and the development of new ways to exploit them.

Another surprising opponents to lifting the ban is the US oil refining industry. It would likely lose out, as it would have to pay higher prices for crude if the ban disappeared. There are no restrictions on the export of gasoline and diesel.