Without an HFC ban, analysts say 100 billion tonnes of carbon dioxide-equivalent (CO2e) could be released into the atmosphere 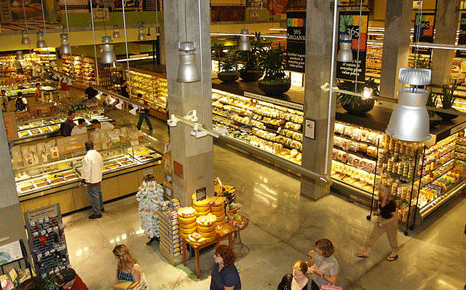 Governments are being urged to agree to a global ban on the use of climate-warming gases used in refrigeration units at UN talks taking place in Bangkok this week.

The main focus of the 25th Meeting of Parties to the Montreal Protocol is the state of the ozone layer, but it also has responsibility for controlling the use of hydrofluorocarbons (HFCs), a replacement for ozone-killing chlorofluorocarbon (CFCs).

The UK-based Environment Investigation Agency warns that unless tough regulations are agreed, 100 billion tonnes of carbon dioxide-equivalent (CO2e) could be released into the atmosphere by 2050, accounting for 19% of global greenhouse gas emissions.

Every tonne of HFC released is the equivalent of thousands of tonnes of carbon dioxide.

“We have seen a few slightly hysterical comments from the chemical industry about how much moving away from their HFC products would cost – they are simply trying to protect their profits, nothing more,” says EIA senior campaigner Clare Perry.

Recent agreements by China, the USA and the G20 have paved the way to phase out HFCs and to encourage both developed and emerging nations to switch to cleaner alternatives.

According to the EIA, banning the use of HFCs in supermarkets would be one of the cheapest and most effective ways of reducing greenhouse gases in Europe.

Replacement technologies primarily relying on carbon dioxide and hydrocarbons are increasingly cost-effective, and upfront costs are expected to fall further as production volumes are increased.

EIA’s latest survey of the supermarket sector – Chilling Facts V – revealed that supermarket chains across the EU, and particularly in the UK, are moving away from HFCs towards natural refrigerants, and reaping benefits in the process.

But the body has also released a report called The Dirty Dozen – How your local supermarket is killing the climate pointing fingers at 12 US retailers which have failed to cut HFCs.

It found the likes of Costco, Safeway, Walmart and Whole Foods have not taken substantial action to begin phasing out HFCs or reduce the amount of HFC emissions leaking from refrigeration systems.

Each US supermarket emits on average 1,556 metric tons of CO2 equivalent of HFCs annually from leaks in their systems, which is equivalent to more than 300 passenger cars.

“Although momentum for reducing super greenhouse emissions is growing worldwide,” said Allan Thornton, President of EIA, “even Walmart, the world’s largest retailer has failed to show leadership by taking meaningful action to protect the global climate from further damage.”

While Costco and Meijer scored the lowest and Delhaize America scored the highest, none of the stores received a passing grade even though a majority of the retailers are members of the Consumer Goods Forum (CGF).

The CGF is an international network of the world’s largest retailers, which in 2010 committed to begin phasing out HFCs in 2015.

A Walmart spokesman told RTCC that the company is “working to address both the refrigerant gas pollution and the energy intensity of [its] systems. We leverage our global size and scale to invest in and implement technology that has the potential to reduce our carbon footprint and save customers money.”