US to curb emissions from new power plants 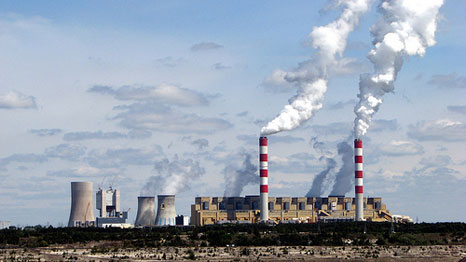 IPCC: The chairman of the United Nations’ climate panel has dismissed a contrarian spoiler campaign targeting next week’s blockbuster report, saying “rational people” will be convinced by the science. (Guardian)

Russia: Russia is pushing for next week’s landmark UN climate science report to include support for controversial technologies to geoengineer the planet’s climate, according to documents obtained by the Guardian. (Guardian)

UK: The UK independence party will accuse anti-fracking “eco-freaks” of trying to kill off “the greatest new economic opportunity for our country in our lifetimes” on Friday. In a speech at the Ukip party conference in London, energy spokesman Roger Helmer will say: “I have absolutely no sympathy for the rent-a-mob protesters, the swampies and the Occupy Movement and the anti-capitalists and eco-freaks who have sought to hijack the Balcombe protest.” (Guardian)

EU: The European carbon market (EU ETS) is likely to remain oversupplied with allowances until 2027, according to analysis by Thomson Reuters Point Carbon, the leading provider of market intelligence, news, analysis and forecasting for the energy and environmental markets. (Point Carbon)

Russia: Greenpeace says 30 activists, including six Britons, are being held at gunpoint by Russian security officers who stormed the group’s ship in the Arctic. (BBC)

India: Indian officials this week are meeting with global industry leaders to exchange ideas on how to fight climate change and encourage sustainable development. (Voice of America)

Research: About eight in 10 stories on climate change and related scientific research contain some discussion of uncertainties and risk, according to a report from Oxford University. Roughly eight in 10 also refer in some way to the disasters that are likely to result from unchecked global warming and greenhouse gas emission rises. (Guardian)

UN: Next week’s landmark UN climate science report is likely to set a figure on the amount of fossil fuels that can be burnt if global warming is to be limited to safe levels. It could warn that less than a quarter of the planet’s oil, coal and gas reserves can be consumed between now and 2050, and set a worldwide ‘carbon emission budget’. (RTCC)