Seoul has opened a US$12.2 million solar PV plant capable of powering 1,850 households 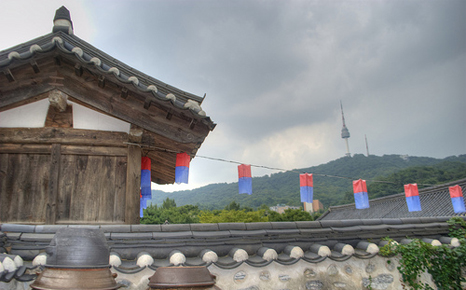 The 5MW installation, the first phase of a 100MW project to be completed by 2014, started operation at Amsa Arisu Water Purification Centre last Tuesday. It is expected to generate enough electricity for 1,850 households.

Constructed as part of a memorandum of understanding between Seoul City government, chemicals and utility firm OCI and environmental civic group Energy & Peace, the plant is expected to reduce annual greenhouse gas emissions by 2,700 tons, which is equal to 1.6 million litres of gas or planting 600,000 nut pine trees.

OCI and Energy & Peace invested a total of 13.7 billion won (US$12.2 million). They will manage and operate the plant for 20 years while paying a rental fee of 125 million won annually for the duration. The government will use 10% of the profits from the plant to support energy-poor citizens.

On climate change South Korea is widely regarded as being one of the first countries to embrace the “green growth” agenda.

Following the global financial crisis in 2008, South Korea’s stimulus package ser aside 69% of the spending on “green” projects (such as renewable energy, energy efficiency, smart grids).

Seoul’s fourth energy ‘masterplan’ is expected to examine renewable technology and infrastructure. A roadmap was expected to be in place by May, but progress appears to have slowed.

The country’s legislation already stipulates that 2% of each utility company’s supply is required to come from renewable resources, according to Finlay Colville, vice president of market research company Solarbuzz.

“Several hundred megawatts of solar lighting stations are to be installed by 2014, including public buildings, schools, houses and commercial buildings,” Colville told RTCC.