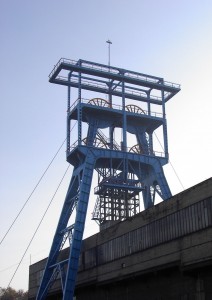 The statement comes just days after Artur Runge-Metzger, director of the international and climate strategy directorate at the EU Commission, said a 30 per cent emission reduction was very much still on the table. The current commitment is 20 per cent by 2020.

Ministers from Bulgaria, Czech Republic, Hungary, Poland, Slovakia and Romania signed a declaration after the meeting in the Prague. The statement highlighted “the importance for working on a roadmap towards the transition to a low-carbon economy and stressed that any future steps need to be carefully assessed from the angle of all the potential costs, benefits and impacts on the level of individual member states”.

A statement from the Czech Ministry of the Environment called for further EU reductions to be accompanied by similar commitments for China, the US and other significant emitters.

Several of the countries that signed the declaration, particularly Poland, are heavily dependant on coal and wary of being pulled into EU commitments that would prove costly.

Poland and the Czech Republic use coal for 92 per cent and 60 per cent respectively of their electricity generation.